What is ALS? Causes, symptoms, treatment and recommendations

ALS (amyotrophic lateral sclerosis) is a progressive disease characterized by muscle weakness due to damage in motor nerves stimulating the muscles. The exact cause of ALS remains to be unknown. However, it is believed that the risk of ALS development is increased by genetic factors, exposure to environmental toxins, smoking, and various chemical substances damaging the cells. ALS usually manifests with weakness in arm and legs muscles or difficulty with speaking and swallowing. Muscle weakness affects daily life, possibly even to the extent of not being able to carry out the simple tasks. Speaking and swallowing becomes even more difficult over time. Respiratory insufficiency which may even lead to death may occur because of the affected respiratory muscles. There is no definitive treatment for ALS disease. A drug named riluzole is used to slow down the progression. Studies on the definitive treatment for the disease and other treatment methods are ongoing.

ALS is a progressive disease due to the damage in upper and lower motor nerves connecting the brain and the muscles, where stimuli cannot be transmitted to the muscle, voluntary muscle contraction gets impaired, and the patient loses their strength partially or completely. Its prevalence is 1-3 in 100,000 individuals.

What is Albino? Causes, symptoms and treatment of Albinism

Approximately 90% of the cases are sporadic, and the remaining 10% are familial. It is slightly more frequent in men. The age of onset of clinical signs is usually 50 to 60. However, it can also be seen at very young or very advanced ages. 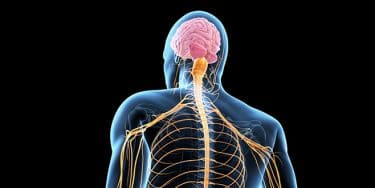 Starting symptoms are not the same in every patient. Usually, the first symptom to be noticed by the patient is weakness and thinning in one arm or leg. Some patients manifest with speaking or swallowing difficulty.

What is muscle loss (sarcopenia)? Symptoms and treatment

In the early stages of the disease, bladder and bowel functions are not affected, and eye movements are normal. In the advanced stages, urination difficulty, and though very rare, impaired eye movements may be seen. Sensorial disorder is not seen even at the advanced stages of the disease. If these symptoms are more apparent than the other symptoms, other entities should be investigated.

ALS diagnosis is made based on a detailed history taking and findings of neurological examination. As the disease may be mixed up with many different muscle and nerve diseases, additional workup is warranted. As there is no definitive treatment for ALS, hints of treatable diseases are carefully examined.

There is no definitive treatment of ALS disease. Studies on medications are vigorously ongoing. Some medications which can slow down the progression are being used. On the other hand, comforting the patient as much as possible, and taking precautions to make the patient sustain his usual life is crucial. Today, there are many options for the rehabilitation of the patients. These are determined based individually on the patient’s needs.

Respiratory functions are normal at the early stages of ALS; however, shortness of breath is seen when the disease progresses and affects respiratory muscles. This complaint is seen only during physical activity at first, however later on, it is even seen at lying and sitting position. Continuous positive airway pressure devices can be used.

What is dyspnea (shortness of breath)? Causes, symptoms and treatment

In patients with worsening respiratory complaints despite using these devices, a hole is opened from the neck into your windpipe (tracheostomy) and a tube is placed into the windpipe. Thereby, respiration can be sustained artificially by means of a device called ventilator. The patient is trained to do breathing exercises. In patients presenting with breathing problems, caution should be taken to avoid infections.

As weakness is the most common symptom in ALS, exercises are important. Active and passive exercises should be done daily, and position should be changed frequently. To improve the cramps and pain due to immobility, medical therapy is also used in addition to exercises. Pain-killers such as non-steroidal anti-inflammatory medications, gabapentin and opiate can be used for pain; and myorelaxants for cramps.

ALS patients may have difficulties with communication due to speech and breathing problems. Speech therapy may be useful in such cases. Moreover, voice amplifiers can be used to improve decreased voice. Patients who are able to hold a pen can communicate using paper and pencil, or keyboard with the help of adaptive devices.

Swallowing difficulty is caused by restricted jaw and tongue movements, and affected swallowing reflex. Swallowing difficulty gradually worsens over the progression of the disease. In case of solid and liquid foods get into the windpipe, respiratory distress occurs. This risk can be mitigated by adjusting the content, composition and consistency of the foods and beverages. If the patient has abnormal weight loss and respiratory distress due to nutrition problems, gastrostomy procedure can be performed.

Development of nutritional deficiency due to swallowing difficulty impairs the quality of life. The patients should consume a high-calorie diet rich in protein. The proper diet should be arranged by determining the patient’s needs such as calorie, fluid, vitamins, etc.

The patients frequently experience problems such as depression and anxiety. Moreover, uncontrollable laughter or crying episodes may occur. Antidepressants may be used for all these.

The herbal treatment of ALS

While there is no definitive treatment for amyotrophic lateral sclerosis disease, there is not an herbal treatment method either. However, patients try various herbal remedies with the hopes of healing. This is also continuously investigated by researchers.

Vitamin E for health: Benefits, uses, deficiency and side effects

What is Vitamin A? Sources, health benefits and deficiency

During the investigations for the etiology of ALS disease, changes in energy metabolism were also detected. Starting from this point, research has been performed on the relationship of ALS with diabetes and high cholesterol. Some studies have detected that obesity, high body mass index and high cholesterol levels slow down the progression of ALS disease and mitigate the risk of ALS.

Amyotrophic lateral sclerosis is less frequent in women than men. However, “bulbar ALS” which presents with loss of speech and swallowing functions first is more common in women. ALS is seen at more advanced ages in women. It is believed that this is because of the protective effect of the estrogen in women. There is no difference between women and men in terms of lifespan.

ALS progresses differently in each patient. Weakness usually spreads from its point of onset to the other extremities, tongue and pharyngeal muscles. The patient’s daily life might get restricted due to wasting and weakness in all body muscles. The patient may not be able to function alone. They may not even be able to get out of the bed. Therefore, the patients absolutely need a caregiver. Communication problems may occur due to speech problems. If breathing and nutritional insufficiency occurs, in-hospital medical help and breathing device might be necessary.

How long do ALS patients live?

Following the onset of the complaints, the average life expectancy is 2.5 to 3.5 years. One in 5 patients lives more than 5 years, and 1 in 10 patients lives 10 years.

The famous physicist Stephen Hawking diagnosed with ALS when he was a university student at the age of 21, and after 55 years of fight against ALS, he passed away at the age of 76. He made history not only with his terrific achievements in physics field but also as the longest-lived ALS patient in the medical literature. While scientists do not know the exact reason for this, they have some guesses. They claim that this long lifespan was affected by the young age of diagnosis, his commitment to life, and being able to use quality equipment.