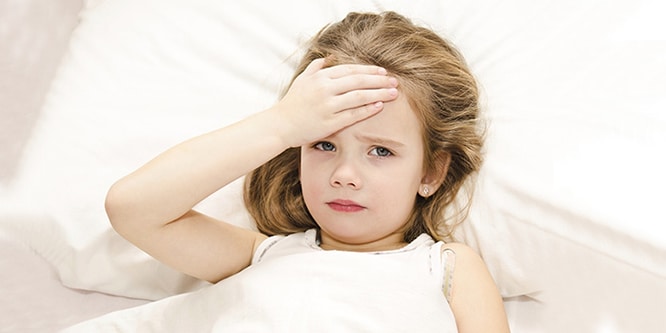 Familial Mediterranean Fever (FMF) is a hereditary disease which is caused by mutation of MEFV gene. It is transferred by parents to infant. Individuals whose parents are disease carriers have a minimum of 25% risk to have this disease. FMF is not specific to an ethnic group; nevertheless, it is defined as related to Mediterranean region. Its typical symptoms are increasing fever with shivering, intense joint pain in knees and ankles, stomachache and chest pains. One or more symptoms can be experienced. The disease does not have a certain treatment. Usually, Colchicine is prescribed as medication. Life style changes, a regular and balanced diet and physical exercises are beneficial to remove symptoms. Attacks can continue with intervals, and patient may have to use Colchicine for life time.

What is Familial Mediterranean Fever?

Familial Mediterranean Fever is a hereditary disease which is characterized by inflamed pains and recurrent fever attacks. Sometimes, headaches and skin redness can be seen, too. First attacks are mostly seen in childhood or adolescence, and it is mostly seen in people with Mediterranean or Middle East origin. Attacks can take 12 hours, and even 72 hours in some cases. Next attack can be seen after years; if not treated may cause serious complications. Mostly, patients do not have recognizable symptoms. FMF can cause inflammation such as heart, meninges, and testicles in men.

Familial Mediterranean Fever is caused by a gene mutation which is transferred from parents to children. This gene mutation creates problems in regulating inflammation in the body. In people with FMF, mutation occurs in MEFV gene which is responsible for controlling pyrin. Pyrin is a protein located in white blood cells, and it regulates inflammation. When immune system begins sending signals about the disease to white blood cells and molecules, inflammation starts.

Pyrin can slow down or stop the inflammation. However, it cannot work properly and control inflammation when MEFV gene is mutated. In this case, patients can have aches, skin redness and fever.

How to be FMF carrier?

Familial Mediterranean Fever can be seen more in some ethnic groups which have Mediterranean originsuch as Greeks, Hispanics, Arabians, Armenians, and Italians. One in every 200 persons with Mediterranean origin is an FMF carrier. Yet, there can be carriers in other ethnic groups. FMF is more common among men than women.(Moreover, in Turkey, it is more common in Central Anatolia Region.) Carriers are usually the parents. Each abnormal copy of MEFV gene are taken from both mother and father. It means the carriers are mothers and fathers with mutated MEFV genes. 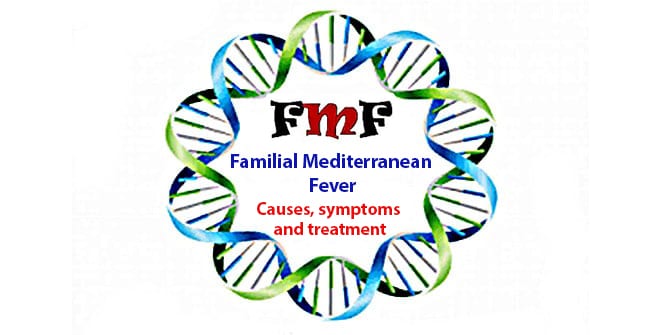 In case of that parents are carriers, child can have the disease. If a child has the disease and both parents are carriers, with a 25% possibility, sibling would have the disease. In case of that child and only one parent are carriers, the sibling would also be a carrier with a 50% possibility. Scientists are searching for the modes of transmission because 30% of FMF patients have either only one abnormal gene or no abnormal gene at all. It means that disease has a genetic basis, but still, it can be seen in people with no genetic abnormality.

Symptoms usually start to be seen in childhood or adolescence. Not all symptoms defined as attacks have to be present in one attack. Patients usually feel normal between the attacks. Attacks can cause serious problems and complications. Some common complications are abnormal protein cumulation causing organ damage, kidney damage resulting in kidney failure, and infertility in women.  For women, swelling of ovaries causes infertility. Also, Amyloid A cumulation in blood can damage to kidneys.

In process of diagnosing FMF, you can be asked questions about the medical history of your family and symptoms related to FMF attacks. Fever attacks seen with arthritis make easier to diagnose patient with FMF. Also, some tests would be needed.

Some genetical tests are used for FMF diagnosis. DNA analysis is used to detect possible abnormalities in MEFV genes. Getting negative results from these analyses does not mean that you do not carry the disease. In other words, even if your MEFV genes are normal, you can still have FMF. Therefore, other tests are also used to make a clear diagnosis.

Your doctor can also look for some markers of amyloidosis by using rectum, kidney, duodenal, and minor salivary gland biopsies. Amyloidosis is a protein which is produced more during FMF and not dissolved in water.

Colchicine is a medication which is used to treat gout, FMF and Behçet’s Disease. It is given to the patient for diagnostic purposes during 3 to 6 months. If patients’ pain and fever attacks reduce with the medication, FMF diagnosis becomes more possible.

Blood count is used to measure C-reactive protein, fibrinogen and serum amyloid Awhich all increase during the attacks. C-reactive is a protein increasing during acute inflammatory attacks and produced by liver. Moreover, imaging of stomach, heart, lung and scrotum can be needed to eliminate the other possible diseases.

FMF has no certain treatment. However, its symptoms and complications can be controlled thanks to some treatment methods. Mostly, prescribed medications are used for treatment. Medications can vary depending on the severity of disease.

Colchicine helps decreasing the inflammation and preventing painful attacks, and it is used in tablet form. It is usually prescribed for mild and moderate chronic attacks since it may not be sufficient for severe acute attacks. When used regularly, Colchicine prevents amyloidosis. It can be safely used by women who are pregnant or breastfeeding.

What is Hashimoto’s thyroiditis? Causes, symptoms and treatment

However, if women stop taking it during pregnancy, they may have attacks, and these attacks rises the possibility of miscarriage. Therefore, Colchicine should be used according to the prescribed dose during pregnancy. 2 or 3 tablets are taken per day with certain time intervals. Only your doctor can determine the dose you need to have. Colchicine has some side effects like abdominal cramps, muscle pains, diarrhea and swelling. These side effects can disappear if dose is reduced. However, you should not reduce the dose by yourself; you must consult your doctor first.

When you forget taking Colchicine, it may cause you to have attacks. In order not to experience this, you should be sure that you take all your medications on the sufficient dose. If needed, you should take your medication in your bag or purse with you wherever you go.

Treatment with other medications

For the patients who do not respond to the Colchicine treatment, medications used to repress protein Interleukin-1are prescribed. These medications usually consist Ilaris, Arcalyst and Kineret. Non-steroidal anti-inflammatory drugs (NSAIDs) can treat severe and strong acute attacks. Active ingredients of NSAIDs are usually paracetamol and dipyronewhich stop pain. In cases of progression of FMF and thus,kidney failure, patients may need to have kidney transplantation.

What to do in Mediterranean Fever attacks?

When the stomachache gets severe, you can rub your tummy with some oils. You can put hot water bagon your tummy to reduce the pain. You can drink sage or chamomile teato get relaxed, and if you are working, you can have a pause and a rest. You can feel much better by having a bed rest for a couple of days. Drinking plenty of water would help you reduce inflammation. When you get fever, you can put your feet into salty warm waterfor 15-20 minutes. This may also help you get relaxed.

However, you should be aware of that these methods can make you relaxed only for short time periods. For a treatment, you should definitely see a doctor and use medications regularly as they prescribe. You can control your attacks by using prescribed NSAIDs which are useful to stop pain, reduce fever and inflammation. You should use your NSAIDs especially when you have severe acute attacks.

Mediterranean Fever is a treatable disease, yet it can lead to fatal results. Being late on diagnosing and treatment can cause prognosing of kidney failure, and this can cause death especially in children. By using medication, you can prevent kidney failure. Therefore, if you have recurrent symptoms as high fever, stomachache, chest and muscle pain, you immediately need to see a doctor.

What is hemoglobin? Causes of high and low levels. HGB test

In which department are FMF patients seen?

Since FMF is characterized by arthritis, usually rheumatology departmentsdiagnose this disease. Nephrologyplays role in cases of kidney failures, and medical geneticscan diagnose by using genetical tests. Besides, with the cooperation of child rheumatology, physical medicine and rehabilitation, FMF can be treated.

A couple of herbal remedy methods can be used to reduce symptoms. However, we strongly suggest you to consult your doctor before trying these methods.

Take 150 grams celery and spinach, and clean them well. Slice the celery and boil it in 2 glasses of water for 10 minutes. Then, slice the spinach and add them to the pot. Boil them for 5 more minutes, and then take them. When cure gets warm, consume it 3 times a day as in morning, afternoon and evening.

Halve a dry fig and add them to a glass of apple cider vinegar. Wait for one night. Next morning, eat the fig which waited in cider vinegar when you are hungry. Repeat this procedure for 15 days. Each time you prepare the cure, renew the vinegar.