Turmeric is a herbal spice that has been used for centuries, and has a number of positive effects on human health beyond flavoring the dishes. Turmeric, also known as Indian saffron, (Curcumin) is rich in nutritional value; it has potassium, iron, manganese minerals, vitamins C and B6. Turmeric has been used as a source of healing since ancient times. Nowadays, it is used as a flavoring spice in food and food industry and it is widely used in cosmetic products because of its benefits to skin health. It is good for heartburn and pain, Crohn’s disease, constipation, gallbladder disease, cholesterol and bowel syndrome.

Turmeric has numerous benefits for human health. It has been proved by the scientific studies that turmeric plant which prevents the development of many diseases, strengthens the human immune system. Turmeric is a valuable food that protects the body from diseases and has rich nutritional values.

Turmeric, has many good effects from heart health to skin appearance, contributes to the healing of existing diseases. It also prevents and reduces risk of disease. Turmeric, which is very effective against inflammation which causes many health problems in the body, decreases risk of heart disease, prevents cancer with antioxidant feature.

Health Benefits of Thyme: What is thyme oil good for? How to use it?

It is very useful for prevention of diseases such as Alzheimer’s, dementia and depression. It may also accelerates healing process of burns and wounds. Turmeric consumption is as effective as antidepressant for people with depression. Chronic fatigue can be minimized by the consumption of turmeric.

Is Curcumin same as turmeric?

There are many scientific studies on the curcumin substance, which is an active ingredient of turmeric powder, which prevents cancer development and positively affects cancer treatment. However, turmeric cannot be used as a direct drug and should not be used in the treatment of diseases withouth advice doctor; despite all positive effects on health. 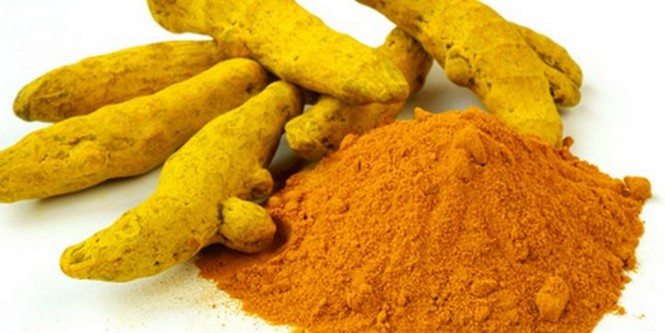 Today, turmeric is used as a nutritional supplement for the prevention of inflammation and is recommended as a supportive medicinal plant, especially because of its positive effects on the solution of arthritis, stomach, skin, liver and gall bladder problems, cancer and other health problems.

Can Turmeric be used directly in the treatment of diseases?

Research on the health effects and safety of Turmeric by the US National Center for Complementary Health (NCCIH) has suggested that it is a safe supplementary herb when administered orally or applied topically to the skin in amounts that have been tested for suitability with health, but this opinion does not mean that it can be replaceable with drugs.

High doses of turmeric or long-term use can cause digestive system problems and may adversely affect the medications used in some diseases. Therefore, people who want to use turmeric should consult their physician when they are sick.

Which diseases are good for turmeric?

Turmeric is a natural anti-inflammatory agent

Turmeric has an anti-inflammatory effect and has an antipyretic effect on fever, analgesic effect on pain and cutting down the inflammation. It helps the body to fight with unknown bacteria and contributes to the repair of damage.

What is inflammation? Causes, symptoms and treatment

Inflammation plays a role in many chronic diseases, leading to serious problems such as heart issues, cancer, metabolic syndrome and Alzheimer’s disease.

Foods with anti-inflammatory compounds that fight inflammation are effective in preventing these diseases. Turmeric, which is one of the leading these foods, can eliminate the conditions causing the formation of diseases.

Antioxidants protect the body against free radicals. Thus, organic substances are not damaged and the body becomes resistant to diseases. Turmeric is a powerful antioxidant source that can neutralize free radicals in terms of structure.

Reduces the risk of heart disease

Causes of heart disease are being investigated for many years. It is revealed that the factors causing heart disease are quite complicated and more than one. Some foods are able to reverse the negative conditions by positively influencing the health of the heart with their nutritional values. One of these foods is turmeric. One of main benefits of turmeric is development of function of endothelin, known as lining of blood vessels.

Endothelin regulates blood clotting and blood pressure. Therefore, it has been shown in scientific studies that atherosclerosis and cardiovascular diseases are less developed in people who use the appropriate amount of food regularly as a spice in their food.

What is atherosclerosis? Causes, symptoms and treatments

Does Turmeric protect against cancer?

Turmeric is one of the foods that protects the body against cancer. With its antioxidant properties, it protects the body from external factors and free radicals. Cancer formation occurs by uncontrolled growth of cells. Turmeric, which plays an important role in cell renewal, is one of the most important foods that reduces the risk of cancer. Turmeric prevents skin irritation that occurs frequently after radiation therapy for breast cancer.

One of the most important effects of turmeric is to reduce the risk of common diseases such as colon, prostate and breast cancer. Nowadays, it is used as a supportive herb in many countries for cancer treatment. However, cancer patients should never use Turmeric without consulting their physician. Because it may adversely affects the current treatment.

The effect of turmeric on Alzheimer’s

Alzheimer’s is the most common neurodegenerative disease worldwide, and cannot be fully treated today. Therefore, it is very important to prevent its formation. Experts say that alzheimer’s risk can be significantly reduced with lifestyle change and proper nutrition. It is known that oxidative and inflammatory damage are involved in Alzheimer’s disease.
Turmeric is a medicinal herb that has beneficial effects for both.

Therefore, the risk of developing Alzheimer’s disease in people consuming an adequate amount of turmeric from the Middle Ages of life will be seriously reduced. Turmeric has a positive effect on forgetfulness (dementia).

The effects of turmeric, depression and unhappiness

What is depression? Causes, symptoms, types and treatment

People with frequent depression and melancholy will feel better and protected from these diseases if they start using turmeric as a spice in their daily meals before they become more severe. However, people with severe depression or patients who are still under treatment are advised to consult with their physician before using turmeric.

Slow down the aging process and rejuvenates skin

Turmeric contributes to cell regeneration and prevents the development of diseases. At the same time, vitamin B6 and vitamin C in the turmeric are the useful vitamins for the skin. Turmeric, which protects the skin health, has the characteristic of slow down the signs of aging. Therefore, people who consume turmeric have a healthier and more vivid skin and postpone the signs of aging.

What is Vitamin C? Sources, benefits and deficiency

Turmeric, a plant that prevents inflammation (inflammation) throughout the body, can be used against this especially bad cholesterol. Turmeric, which balances cholesterol level, is protective against the formation of cardiovascular problems. In addition, the risk of heart attack after surgery is reduced by the use of turmeric.

The most common problems of the digestive system are constipation, difficulty in digestion, bloating and flatulence. The consumption of correct and beneficial nutrients can solve these problems. Turmeric consumption is good for the flatulence and bloating in the stomach and eliminates the problem of constipation.

What is Gastritis? Causes, symptoms, treatment and natural healing

One of the best-known benefits of turmeric is the regulation of blood sugar. Preservation of blood sugar level eliminates the need for sweets and feeling hungry fast. At the same time, the turmeric protects the health of digestive system, helps to lose weight.

Turmeric juice, tea and turmeric powder added to the food are the best friends of those who want to lose weight. If those who do diet and try to lose weight start using turmeric as a spice in their diet, will find a serious benefit.

How to consume Turmeric?

It is a type of spice that is known and frequently used with different names around the world. It, also grown from different regions of India, Central America and Asia, is also known as healing plant. Turmeric, which is generally used for colorizing dishes, food and cosmetic products, was first used in medicine.

Vitamin E for health: Benefits, uses, deficiency and side effects

Today, the consumption of turmeric, which can be easily accessed and used at home, has become widespread. Turmeric is used to give taste, smell and color to the dishes made. The turmeric, taken in powder or plant form, can be consumed by combining it with different foods. It is also possible to consume juice and tea. For example, some turmeric powder can be mixed with milk and honey.

Where is Turmeric Used?

It can be consumed with different foods as in other spices. The types of food and food that turmeric can be used include;

The benefits of Turmeric Tea

Turmeric tea has been used as a source of healing since ancient times. Nowadays, research has proved the benefits of it. Those who do not use enough of the Turmeric in food can make use of this valuable food by preparing its tea.

What is the health benefit of garlic? Uses and side effects

All the properties of turmeric are also present in its tea and have a positive effect on health. Turmeric tea protects against diseases, helps weight loss and eliminate stomach problems. Nowadays, many dietitians recommend it for their weight loss.

How to prepare Turmeric Tea?

Boil for 15 minutes with water and turmeric. Drain the boiling water and add the other ingredients into it and drink hot or cold. 1-2 glass should be consumed daily. You can keep your tea in the refrigerator.

What is Turmeric Pill?

According to the physicians, it is considered unnecessary to take additional supplements as long as nutrients can be consumed. Turmeric is not a mineral, so it should preferably be taken naturally with meals. Turmeric, taken as root or powder, can be used in meals together with different foods.

Side effects of turmeric

Turmeric is a healthy food source. Consumption should be sufficient as in other food types. The effects of turmeric may vary depending on the body. Unnecessary and excessive use can cause problems in terms of health. Patients with cancer treatment and patients with cardiovascular problems should consult a doctor before using turmeric.

Side effects of excessive use of turmeric;

1- Effects of Turmeric,2- Turmeric: Curry spice,3- Curcumin: A Review of Its’ Effects