What are retinal diseases? Types, causes and treatment 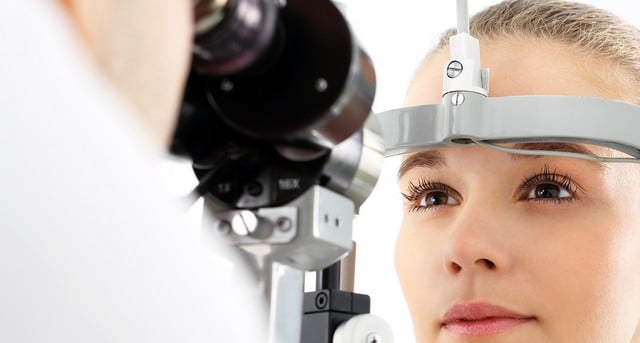 Retina is a layer consisting of a thin and transparent nerve tissue covering the inner side of the eyeball. Retinal diseases can affect any part of the retina. There are many retinal diseases and most of them cause visual problems. Some of the retina disorders can be treated, however, some others cannot and optical aids are recommended to the patient. Note that an unhealthy retina adversely affects the visual ability, and if it cannot be diagnosed and treated early, it may result in blindness.

Retina is the tissue behind the eye that senses light and sends images to the brain. The macula is located in the center of the retina. It allows you to do everything about reading, driving or seeing. Therefore, retinal health is very important. A problem in the retina can be very serious and may even cause blindness. Important retinal diseases include:

Retinal detachment is an eye disease caused by the separation of the inner layer of the retina from the outer layer. After separation, liquid accumulates in the space between the two layers. This prevents the retina from functioning properly. If the disease is left untreated, it may cause blindness.

What is retina? Causes, symptoms and treatment of retinal detachment

There are different surgical methods for the treatment of retinal detachment. However, the doctor decides which method to use according to the stage of the disease.

Macular degeneration (AMD) occurs when the cells in macula which is the center of retina start to die of advanced age. This disease destroys sharp, central vision. It is usually seen in individuals over the age of 55-60. Symptoms include blurred vision, seeing straight lines bent and difficulty with focusing on fine details. Gradual central visual loss is observed. Macular degeneration progresses in two forms, dry and wet:

Dry-type (atrophic) macular degeneration affects approx. 80-90% of the individuals over the age of 50. The exact cause is not known, but the progression is slower than the wet-type macular degeneration. Small white/yellowish residues called drusen are formed on retina under the macular, and this formation results in degeneration of the region over time. While dry macular degeneration first develops in one eye, it may affect both eyes later on.

What is glaucoma? Causes, symptoms and treatment

Your vision may get even worse over time, and you can start to have difficulty while reading, driving and recognizing faces. However, this does not mean you will lose your vision. There is no definitive treatment, however, early diagnosis and taking necessary precautions may delay visual loss.

As they are abnormal, they tend to burst, bleed or leak. They leak fluid or blood into macula. This may lead to a rapid and serious central visual loss. Early diagnosis and treatment may reduce wet-type macular degeneration-induced visual loss, and in some cases, the vision may even be restored.

What is Stargardt disease?

Stargardt disease is the childhood form of macular degeneration, and it is hereditary. The visual loss induced by this disease is caused by the death of the photoreceptor cells in macula which is in the center of retina. Gene mutation is passed on to the child from both of the parents. Main symptoms include central visual loss, blurred vision, seeing straight lines bent, difficulty seeing in dim light and difficulty to recognize similar faces. Color vision loss may also be seen at the advanced stages.

Treatment for Stargardt disease is yet to be found, however, there is promising research including gene, stem cell and medical treatments. The patients need to use sunglasses blocking the ultraviolet lights outdoors. Other than that, special optical aids compensating the visual loss may be used.

What is Astigmatism? Causes, symptoms and treatment

Retinitis pigmentosa (RP) is a rare genetic disease which develops as a result of impairment in the retinal rod cells which enable night vision. Main symptoms include difficulty seeing at night or in dark, and side (peripheral) vision loss. In some cases, central vision or color blindness may also occur. The most common treatment method is to regularly use docosahexaenoic acid containing vitamin A and omega 3 under doctor supervision.

Because studies have shown that using vitamin supplements for many years halts the disease progression. Other than that, there are promising options for the treatment of the disease such as gene therapy and artificial retina implants, though they are on trial.

Diabetic retinopathy is the general term for diabetes-induced retinal disorders. This disease may damage the small blood vessels inside the retina. Retinal blood vessels may swell up and leak fluid in some patients. And in other patients, new abnormal blood vessels may develop on the retina surface. Both of these changes may lead to visual loss or blindness. As no symptom is observed in the early stages, the disease may not be recognized. There is no pain, and no visual problem occurs until the disease becomes severe.

Blurred vision may be observed when macula is swollen due to leaked vitreous fluid, and this is called macular edema. New vessel development on the retina surface may block the vision and cause bleeding. The disease may even be asymptomatic in the later stages. This unpredictable progression clearly shows the importance of eye exams for diabetic people. If detected on time, diabetic retinopathy can be treated using laser surgery. Vitrectomy operation may also be performed if necessary. A good care and doctor follow-up may reduce the risk of blindness by 90%. However, if the disease is progressed, there is no treatment to be applied and the visual loss cannot be prevented.

If you are diabetic, you should go for a complete eye exam annually. Detecting and treating the problems early may protect your visual ability.